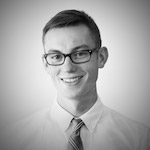 You hauled your heavy bag through the airport, stood in the molasses-slow airport security line, reached your gate just before boarding ends, and rushed aboard. Now, after you’ve crammed your carry-on into the overhead bin and found your seat, you’re sweating. It’s uncomfortably hot. Quickly, however, the cabin environmental control system activates, and the jet of refreshingly cool air returns you to comfort for the rest of the flight.

Optimizing the cabin environmental control system (ECS) is an important part of aircraft design. In addition to passenger comfort, engineers and transportation officials must understand the behavior of airflow in the cabin in the event of contaminant introduction.

In this example, we consider a CONVERGE simulation that models a passenger moving throughout an aircraft cabin and introducing airflow via exhalation, the operation of the ECS jets, and the fluid flow resulting from the interaction of the two.

Such a simulation presents several computational challenges. First, the aircraft geometry is quite complicated. In the interest of obtaining an accurate flow field, the geometry includes rows of seats, which have many sharp-feature edges (shown below in Figure 1). Also, the passenger moves throughout the cabin during the simulation, which presents a challenge for capturing the effects of this motion. 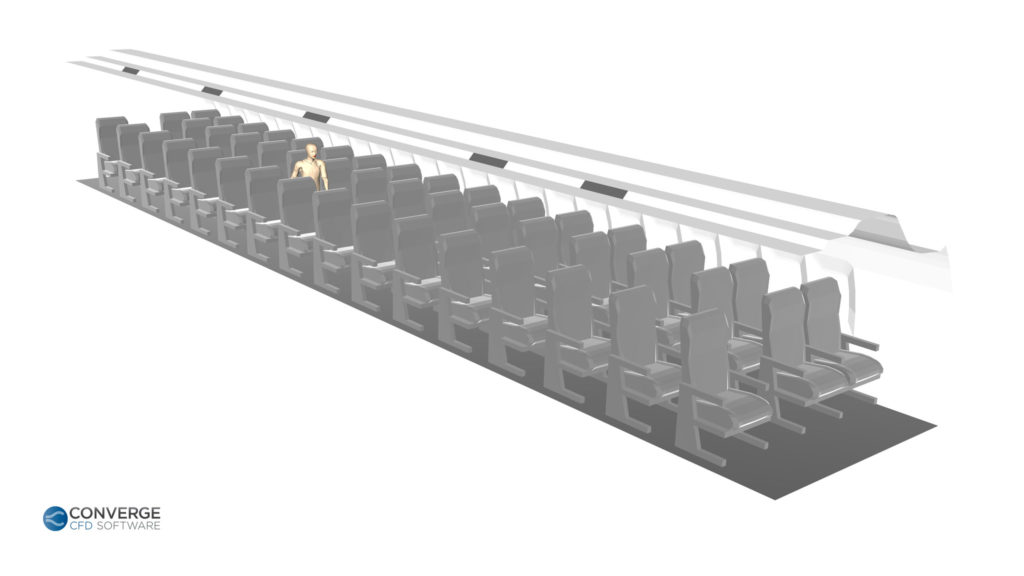 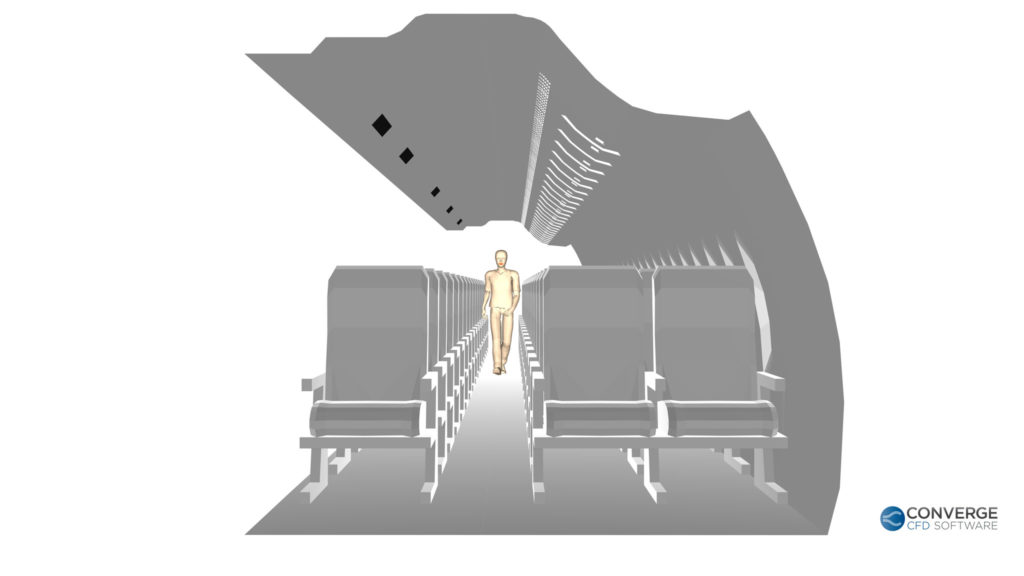 In CONVERGE, addressing these CFD challenges is straightforward. CONVERGE’s autonomous meshing capability creates the volume mesh automatically at runtime, eliminating the tedious procedure of generating a mesh for the complex cabin geometry.

Additionally, autonomous meshing creates a new mesh at each time-step to accommodate the passenger’s motion. As such, the mesh remains stationary, minimizing the artificial viscosity that pollutes results obtained from the common approach of using a mesh that moves with the geometry. This feature is optimized in CONVERGE such that it does not slow down the computation.

Without the need to generate a complex mesh, the simulation setup involves importing clean aircraft cabin and passenger geometries into CONVERGE’s graphical pre-processor, CONVERGE Studio, and specifying simulation parameters. We assign the surface representing the passenger a typical walking velocity and a boundary condition modeling exhalation to the passenger’s mouth (a separate boundary). To model the pathogen dispersal from the passenger’s breath, we specify a passive scalar entering the cabin via the mouth boundary (shown in Figure 2). In CONVERGE, passive scalars do not influence the flow field but instead convect and diffuse with the bulk fluid motion to help visualize the flow. We also specify a passive scalar as emanating from the ECS jets.

To ensure accuracy, the simulation must maintain sufficient mesh resolution. Using a high resolution mesh throughout the entire cabin, which is very large, would be computationally unrealistic. CONVERGE’s autonomous meshing capability includes several tools to easily specify higher resolution in areas of interest or importance.

Boundary embedding, specified on the passenger boundary, ensures that additional mesh resolution is supplied around the passenger to help resolve the flow field as the passenger moves. Adaptive Mesh Refinement (AMR) automatically adds resolution in areas with complex flow structures and, in this simulation, is applied to the passenger’s breath and the ECS jet passive scalars.

Figure 3 below shows an animation of the flow field resulting from the interaction between the ECS jets, the passenger’s breath, and the passenger’s motion. Note the added mesh refinement around the breath and the jets.

Despite the thorny CFD challenges for a case like this, CONVERGE makes the simulation easy by eliminating user meshing time and supplying you with a suite of tools to quickly reach the desired level of accuracy for your application. With CONVERGE, you can solve the hard problems.