CONVERGE™ User Group Meeting 2014: It Turns Out That “Yum Yum Yum” Is Universal by Chris Lay of Geeks Who Drink 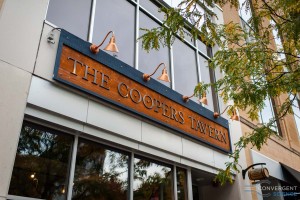 Dinner, drinks and trivia at Cooper’s Tavern marked the close of two days of conference proceedings at the Monona Terrace in Madison, Wisconsin. Our trivia host for the night, Chris Lay, wrote a bit about our night on the Geeks Who Drink blog. Check it out!

And lo, I have now run my first private event quiz! Dang that was fun. The CONVERGE User Group Meeting was in town and they knew how to do it up, first and foremost by inviting Geeks Who Drink to run a good old fashioned Pub Quiz after their dinner at Cooper’s Tavern with a window looking right out at our gorgeous capitol building dome!The User Group Meeting drew folks from all over the world, so for many it was their first time getting the chance to try our local delicacy: deep fried cheese curds. Over the course of the evening I heard so many different accents say something along the lines of “So these are fried cheese curds, eh?” followed by pleasant sounds indicating yum-yum-yum. The language of culinary satisfaction is a more or less universal one it turns out. 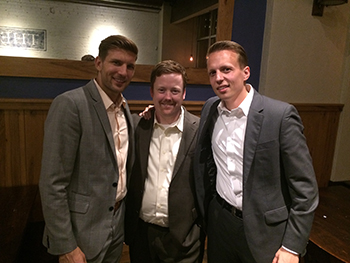 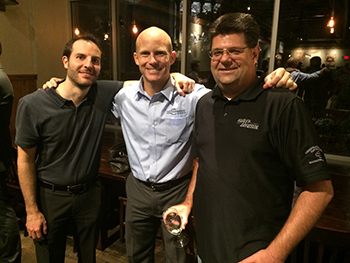 The number of drink tokens that flowed last night was hefty, and the winning team, #DANSCHAPSTICK, secured a free round of beers as a reward for their success! They were so excited to have gotten the Dolph Lundgren question right that they were banging on the table with glee. I wish everyone would flip out with such joyful abandon like that every time I said “Dolph Lundgren”. Dang that’d be awesome.

After the quiz they asked me to make sure and put a hashtag “Dolph Lundgren” in my write up, so here it is guys:

The night was not without its drama though, with TCI ERROR and HUMBLE PI tying for second place!

I stuck around and chatted with some folks and dang it was just a real cool night for everyone!

Link to original blog post: It Turns Out “Yum Yum Yum” Is Universal

Founded in 1997 in Madison, Wisconsin, Convergent Science is a global leader in computational fluid dynamics (CFD) software. Its customers include leading automotive and commercial vehicle manufacturers, tier one suppliers, and professional motorsport teams.
Its flagship product, CONVERGE, includes groundbreaking technology that eliminates the user-defined mesh, fully couples the automated mesh and the solver at runtime, and automatically refines the mesh when and where it is needed. CONVERGE is revolutionizing the CFD industry and shifting the paradigm towards predictive CFD.
Published October 1, 2014