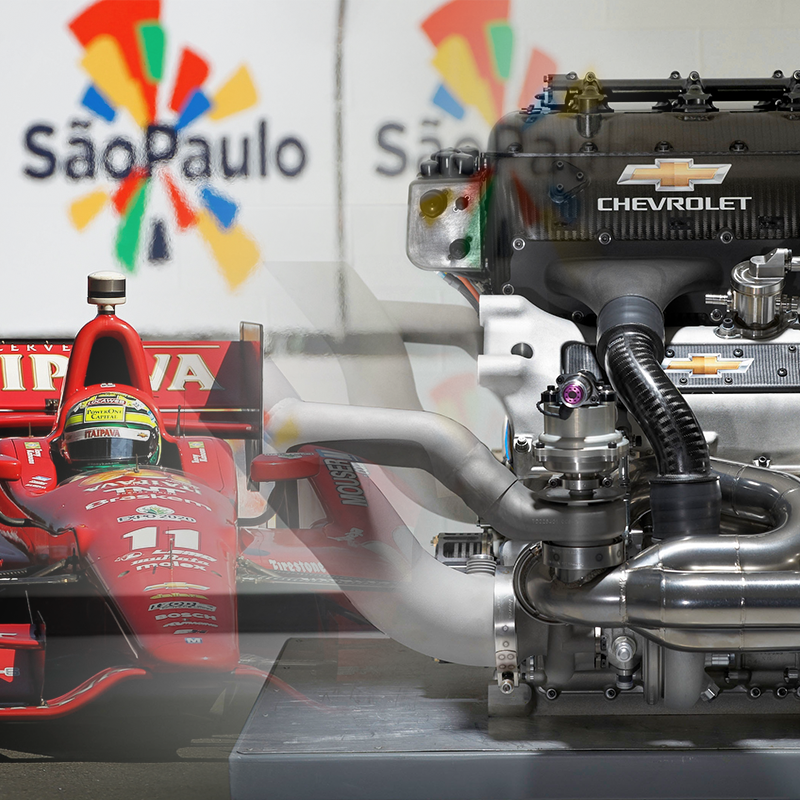 Ilmor has earned a reputation for producing high-performance engines that power motorsport and marine racing. For 30 years, Ilmor has led the motorsport industry in engines sales. With offices in the UK and the US, the company’s engineering expertise extends to the automotive, aerospace, defense, and marine industries. Recently Ilmor’s new engine design consultancy division teamed with engineers at Chevrolet to produce Scott Dixon’s 2015 championship-winning IndyCar engine. With additional updates coming to the 2016 car through homologation, this lucrative partnership promises even more improvements this year. Ilmor’s impressive array of capabilities begins with design and spans precision manufacturing, component analysis, quality procedures, and testing. As Ilmor Racing Chief Engineer Steve O’Connor says, “Our engineers are incredibly adept at creating ideas to extract performance from road or race engines.” In-house, they are able to cut the parts, assemble the engine, and evaluate the new concepts on a dynamometer. This strategy of innovation has yielded a heritage of successful, high-performance engines and parts and has earned Ilmor an overflowing log of new orders. To meet these challenges, Ilmor has added a new tool: numerical simulation using CONVERGE CFD. The insertion of this predictive analysis has complemented their skill set, improved product designs, and accelerated turnaround on development. O’Connor says, “[The addition of CONVERGE] makes a step change in how we manage our entire development process.”

Incorporating CONVERGE simulations into Ilmor’s design process both speeds development and improves evaluation of new technical concepts. Traditionally, engineers used tests on the dyno to vet their new ideas and preliminary designs. Now CONVERGE allows Ilmor’s engineers to explore detailed concepts and identify new designs before parts are made. This upfront analysis reduces the number of parts machined and the extent of tests conducted, cutting costs and time. This translates into real market savings: when Ilmor applied CONVERGE to its 2016 IndyCar project, it cut development time in half and reduced prototype build cost by 75%. Ilmor is also using CONVERGE CFD to elucidate complex phenomena such as flame propagation and knocking in the cylinder and to facilitate a more sophisticated engine design. O’Connor shares that “CONVERGE has improved our understanding of the complex mechanisms that occur within the combustion chamber without cutting metal and has guided us along new avenues for development for both the road and track.” The ability to weave high-fidelity computational analysis into design and development should open new markets for Ilmor. Engineer Ian Whiteside notes, “Combining our knowledge with the use of CONVERGE to prove our concepts is attracting OEMs looking for novel ideas at the speed that only motorsport knows how to deliver.” The addition of CONVERGE to Ilmor’s tool box has enhanced their success by shortening development timelines and cutting costs while elevating the technical level of the work.

Ilmor’s success in using CONVERGE to accelerate their development process underlines the widespread suitability of CONVERGE for simulating complex CFD problems. CONVERGE offers high-fidelity physical models, fully coupled chemistry and flow solvers, and the ability to couple with GT-SUITE. CONVERGE eliminates all user meshing time by automatically creating the mesh at runtime. The code also contains Adaptive Mesh Refinement, which develops a new mesh at every time-step, refining the discretization to provide more detail where the simulation demands. This judicious use of cells saves clock time without compromising accuracy. On its IndyCar program, Ilmor saved eight weeks in development time using CONVERGE instead of traditional CFD software.

Founded in 1997 in Madison, Wisconsin, Convergent Science is a global leader in computational fluid dynamics (CFD) software. Its customers include leading automotive and commercial vehicle manufacturers, tier one suppliers, and professional motorsport teams.
Its flagship product, CONVERGE, includes groundbreaking technology that eliminates the user-defined mesh, fully couples the automated mesh and the solver at runtime, and automatically refines the mesh when and where it is needed. CONVERGE is revolutionizing the CFD industry and shifting the paradigm towards predictive CFD.
Published June 6, 2016