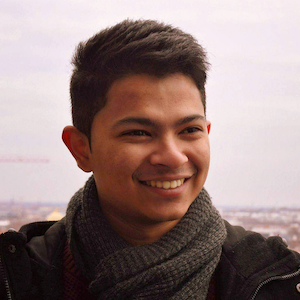 In the quest to reduce carbon dioxide emissions, the world is searching for more environmentally friendly modes of transportation. Aided by policy decisions and massive improvements in battery technology, each year of the last decade has witnessed a year-over-year increase in the market share of electric vehicles1. In 2010, approximately 17,000 electric cars were on the world’s roads. By 2019, that number had grown to 7.2 million2! Due to their high energy density, capacity, and excellent cycling performance, lithium-ion batteries are used to power most of these vehicles. However, lithium-ion batteries have lower thermal stability than other rechargeable batteries, leading to potential safety issues, such as thermal runaway and the subsequent release of flammable gases. With more electric vehicles on the road, you may have noticed a few news reports about battery fires. Just in the last couple of years, several auto manufacturers have had to recall their electric vehicles because of battery fire issues. If the world is to embrace electric vehicles with open arms, such safety concerns must be addressed. Let’s see how CONVERGE can help you simulate, study, and design safer lithium-ion battery packs.

Temperature is a critical factor that impacts the performance of lithium-ion batteries. Generally, the acceptable operating temperature range for lithium-ion batteries is -20°C to 60°C (-4°F to 140°F)3. As cell components provide resistance to the flow of current, the cell heats up even under normal operation. Therefore, cooling is necessary for safe operation. With its robust conjugate heat transfer modeling, CONVERGE is well-suited to simulate a wide variety of cooling methods for battery packs. Figure 1 shows the temperature contours from a simulation of an air-cooled lithium-ion battery pack. Notice that the cells are unevenly cooled with this cooling strategy, increasing the risk of potential hazards. Also note CONVERGE’s inlaid meshing at each cell boundary, providing better accuracy with a reduced cell count.

Once a cell heats up to approximately 80°C to 90°C (176°F to 194°F), the solid electrolyte interphase (SEI) layer starts decomposing, and the cell starts self-heating4. If the temperature continues to increase, this initiates a sequence of exothermic reactions, which can lead to thermal runaway (where the cell temperature increases uncontrollably). Thermal runaway can also be initiated due to mechanical stress (imagine a metal piece penetrating the battery pack during a car crash) or operational stress (when the battery is aggressively charged, discharged, or overcharged). Once thermal runaway has been initiated, exothermic reactions continue until all the energy in the cell is released. This makes it extremely difficult to completely stop the reactions once they are underway. While tackling battery fires, firefighters often have to cool the battery for hours while monitoring the temperature to make sure that all reactions have died down. Naturally, over the years, several studies have been conducted to study thermal runaway in lithium-ion cells. Ren et al., 20184 carried out one such study where they heated a lithium-ion battery to 150°C in an accelerated rate calorimeter (ARC; blue line in Figure 2) to initiate thermal runaway, and monitored the temperature. To calculate the heat released due to thermal runaway in CONVERGE, the SAGE detailed chemistry solver is employed to solve an Arrhenius-style reaction mechanism for pseudo-species representing the cell components. The chemistry solver is highly efficient and can provide results for such mechanisms in a matter of minutes. Figure 2 shows a comparison of the temperature profile of their experimental results and simulation results from CONVERGE.

After the onset of self-heating and continued temperature rise, the electrolyte begins to break down at around 100°C (212°F), releasing several flammable gases like hydrogen, methane, and ethane4. The exact composition of the vented gas varies depending on the state of charge of the battery and the battery chemistry. With CONVERGE’s SAGE detailed chemistry solver you can simulate this complex process to assess the risk of fire in the battery pack. The chemistry solver is fully coupled to the flow solver for accurate and efficient simulation of venting, ignition, and combustion processes. Figure 3 shows a lithium-ion battery pack simulation where gases are released from a cell undergoing thermal runaway. Isosurfaces of the flammability limits of released methane and hydrogen are highlighted for easy analysis. When an ignition source was introduced inside the battery pack, the resulting flame (depicted in red in Figure 3) quickly burned through the available oxygen. Once the flame exits the battery pack there is much more available oxygen for the combustion process, leading to more substantial heat release.

The flow, heat transfer, and chemistry models in CONVERGE provide highly accurate, reliable, and fast results for battery simulations. Conventional battery design processes rely heavily on conducting “trial-and-error” tests to ensure operability and safety. By including CONVERGE simulations in this development process, you can evaluate and optimize several battery pack designs, and then build and test only the most promising ones. Using simulations in this manner leads to the development of more efficient and safer batteries—and safer batteries mean safer electric vehicles.