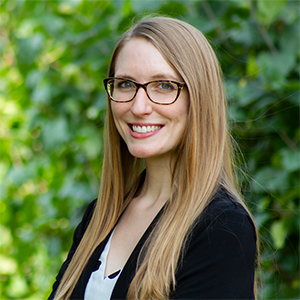 Renewable energy is being generated at unprecedented levels in the United States, and those levels will only continue to rise. The growth in renewable energy has been driven largely by wind power—over the last decade, wind energy generation in the U.S. has increased by 400% 1. It’s easy to see why wind power is appealing. It’s sustainable, cost-effective, and offers the opportunity for domestic energy production. But, like all energy sources, wind power doesn’t come without drawbacks. Concerns have been raised about land use, noise, consequences to wildlife habitats, and the aesthetic impact of wind turbines on the landscape 2.

However, there is a potential solution to many of these issues: what if you move wind turbines offshore? In addition to mitigating concerns over land use, noise, and visual impact, offshore wind turbines offer several other advantages. Compared to onshore, wind speeds offshore tend to be higher and steadier, leading to large gains in energy production. Also, in the U.S., a large portion of the population lives near the coasts or in the Great Lakes region, which minimizes problems associated with transporting wind-generated electricity. But despite these advantages, only 0.03% of the U.S. wind-generating capacity in 2018 came from offshore wind plants 1. So why hasn’t offshore wind energy become more prevalent? Well, one of the major challenges with offshore wind energy is a problem of engineering—wind turbine support structures must be designed to withstand the significant wind and wave loads offshore.

Hannah Johlas is an NSF Graduate Research Fellow in Dr. David Schmidt’s lab at the University of Massachusetts Amherst. Hannah uses CFD to study fixed-bottom offshore wind turbines at shallow-to-intermediate water depths (up to approximately 50 meters deep). Turbines located at these depths are of particular interest because of a phenomenon called breaking waves. As waves move from deeper to shallower water, the wavelength decreases and the wave height increases in a process called shoaling. If a wave becomes steep enough, the crest can overturn and topple forward, creating a breaking wave. Breaking waves can impart substantial forces onto turbine support structures, so if you’re planning to build a wind turbine in shallower water, it’s important to know if that turbine might experience breaking waves.

Hannah uses CONVERGE CFD software to predict if waves are likely to break for ocean characteristics common to potential offshore wind turbine sites along the east coast of the U.S. She also predicts the forces from breaking waves slamming into the wind turbine support structures. The results of the CONVERGE simulations are then used to evaluate the accuracy of simplified engineering models to determine which models best capture wave behavior and wave forces and, thus, which ones should be used when designing wind turbines.

In this study, Hannah simulated 39 different wave trains in CONVERGE using a two-phase finite volume CFD model 3. She leveraged the volume of fluid (VOF) method with the Piecewise Linear Interface Calculation scheme to capture the air-water interface. Additionally, automated meshing and Adaptive Mesh Refinement ensured accurate results while minimizing the time to set up and run the simulations.

Some of the breaking waves were then simulated slamming into monopiles, the large cylinders used as support structures for offshore wind turbines in shallow water. The results of these CONVERGE simulations were validated against experimental data before being used to evaluate the simplified engineering models.

The study results indicate that none of the models perform well under all conditions, and instead which model you should use depends on the characteristics of the ocean at the site you’re considering.

The results show that all four slam models are conservative (i.e., predict higher peak forces than the simulated waves) and assume the worst-case shape for the breaking wave during impact. The Goda slam model is the least conservative, while the Cointe-Armand and Wienke-Oumerachi slam models are the most conservative. All four models neglect the effects of runup on the monopiles, which was present in the CFD simulations. This could explain some of the discrepancies between the forces predicted by the engineering models and the CFD simulations.

Offshore wind energy is a promising technology for clean energy production, but to gain traction in the industry, there needs to be sound engineering models to use when designing the turbines. Hannah’s research provides guidelines on which engineering models should be used for a given set of ocean characteristics. Her results also highlight the areas that could be improved upon.

“The slam force models don’t account for variety in wave shape at impact or for wave runup on the monopiles,” Hannah says. “Future studies should focus on incorporating these factors into the engineering models to improve their predictive capabilities.”

CFD has a fundamental role to play in the development of renewable energy. CONVERGE’s combination of autonomous meshing, high-fidelity physical models, and ability to easily handle complex, moving geometries make it particularly well suited to the task. Whether it’s studying the interaction of waves with offshore turbines, optimizing the design of onshore wind farms, or predicting wind loads on solar panels, CONVERGE has the tools you need to help bring about the next generation of energy production.

Interested in learning more about Hannah’s research? Check out her paper here.