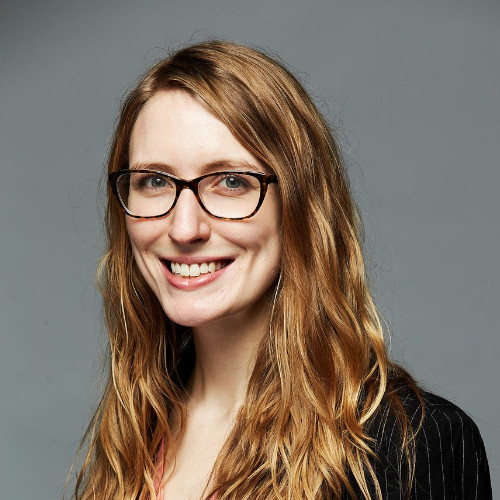 I grew up in a port town on Lake Superior, the largest of the Great Lakes. As a kid, I would watch, spellbound, as cargo ships pulled into the harbor, amazed by their sheer looming size. As an adult, I’m no less in awe. These great metal giants can be laden with a hundred thousand tons of goods and conveyed through the water by propellers as tall as two- or three-storey buildings—truly a marvel of engineering. Moreover, cargo ships are vital to the global economy, transporting some 90% of goods worldwide. Shipping is by far the greatest enabler of global trade, but the industry is having to contend with tightening emissions regulations. To both meet demand and comply with legislation, designing increasingly efficient and effective marine propulsion systems is imperative—and one of the core factors in ship performance is the propeller.

CONVERGE CFD software offers many advantages for analyzing and optimizing propeller designs. With fully autonomous meshing, CONVERGE quickly generates a high-quality computational mesh for even the most complex propeller geometry. CONVERGE employs a stationary mesh that is regenerated locally at each time step to seamlessly accommodate the propeller motion. In addition, CONVERGE includes robust models for multi-phase flows, fluid-structure interaction, and cavitation—all the tools you need to assess propeller performance.

In this article, we’ll discuss how we applied CONVERGE to several different propeller cases. We’ll start with validation of CONVERGE’s steady-state and transient modeling capabilities on the Potsdam propeller test case (PPTC), in which the propeller is fully submerged. Then, we’ll apply CONVERGE to a more physically complex surface-piercing propeller simulation.

For our first validation case, we ran a steady-state simulation of the SVA Potsdam controllable pitch propeller VP1304 (Figure 1) and compared the results to published experimental data.1 The experimental measurements were obtained from open water tests carried out in a towing tank with a constant propeller rotational speed of 15 rps. The inflow velocity was varied to test different advance coefficients (J), and the thrust and torque of the blades were measured for each run. From these measurements, the open water characteristics were established as the thrust coefficient (KT), torque coefficient (KQ), and open water efficiency (η0).

Following the steady-state PPTC validation, we ran a transient simulation to compare the predicted velocity field with published experimental measurements.2 Laser Doppler velocimetry (LDV) measurements were carried out in a cavitation tunnel, and the velocity was measured at several locations.

CONVERGE’s autonomous meshing allowed us to resolve the rotating propeller geometry. As with the steady-state case, we used the k-ω SST turbulence model and velocity-based AMR. In the video below (Figure 3), the isosurfaces represent vorticity, and the mesh is shown on a plane perpendicular to the axis of the propeller. You can see how CONVERGE’s autonomous meshing accommodates the propeller motion and how AMR adjusts the resolution to capture the velocity field.

Having validated that CONVERGE can accurately predict key performance factors for a submerged propeller, we then moved on to a more complicated scenario: a surface-piercing propeller. For this study, we used the same SVA Potsdam controllable pitch propeller VP1304 geometry. We took advantage of CONVERGE’s volume of fluid (VOF) approach, solved using the individual species solution method, to simulate the multi-phase flow. In addition, we applied a surface compression technique to track the air-water interface. As with the previous cases, we relied on CONVERGE’s autonomous meshing for easy case setup and AMR to help capture the important physical phenomena. In the video below (Figure 5), you can see that CONVERGE is able to capture the complex wake structure and maintain a sharp air-water interface.

This study validated CONVERGE’s modeling capabilities for propeller simulations and demonstrated the software’s utility for complex cases. Incorporating CONVERGE’s fluid-structure interaction and cavitation modeling will enable more holistic studies of ship propulsion and propeller wear. Overall, CONVERGE is a powerful tool for assessing propeller performance, and autonomous meshing makes it easy to test different propeller designs. If you’re interested in trying CONVERGE for your own propeller simulations, contact us below!