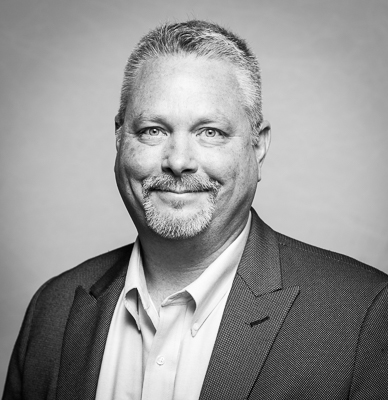 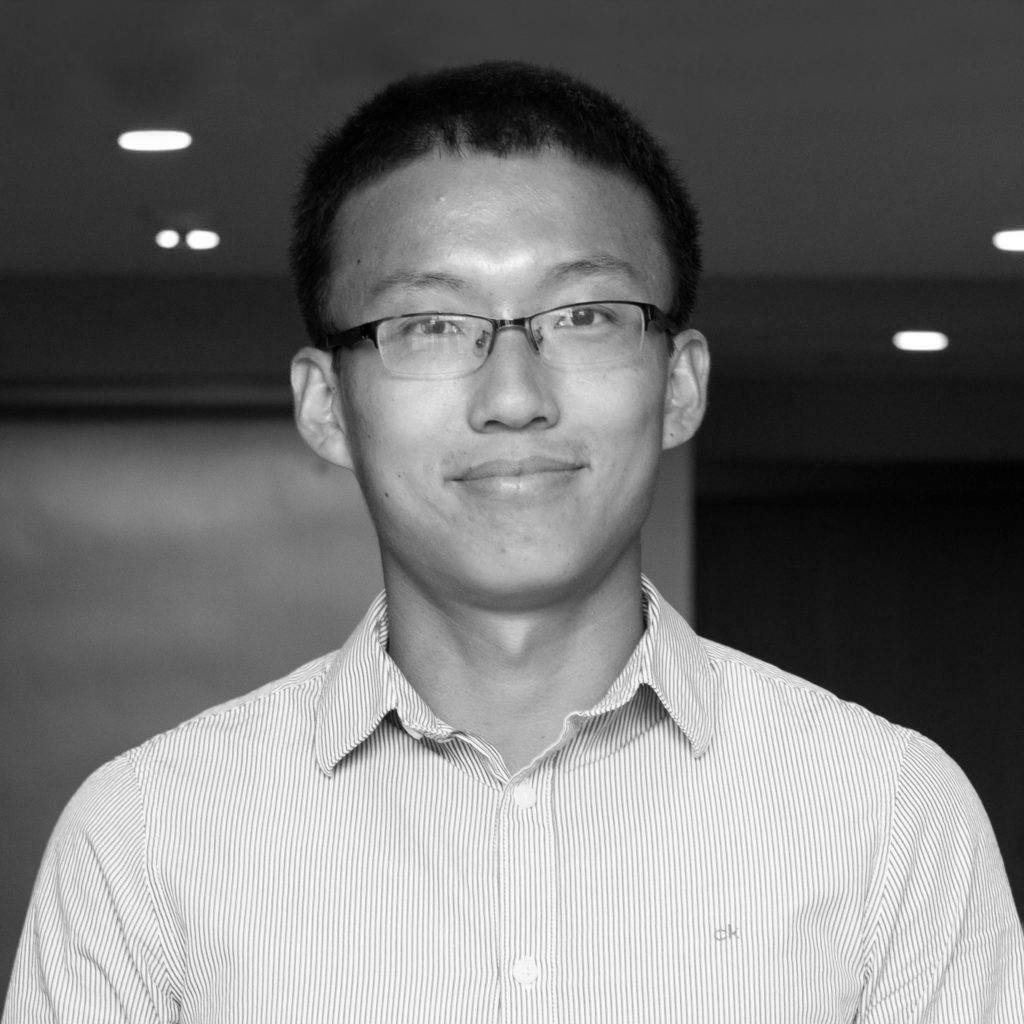 Prevention of solid deposit formation in urea/Selective Catalytic Reduction (SCR) aftertreatment systems is a primary concern for design engineers. There are significant resource and reputation costs associated with urea deposits if they arise in the field. It is imperative that aftertreatment system designers evaluate and mitigate the potential for urea deposit formation.

Though we colloquially refer to “urea deposits”, the actual deposit species are byproducts of urea decomposition. Within a narrow temperature range, ammelide and cyanuric acid (CYA) form hard crystalline deposits of considerable size on the walls of the exhaust system. These crystalline structures are exceedingly difficult to remove once they form, and the deposits decompose only at very high temperatures. Computational fluid dynamics (CFD) tools can provide valuable design information to mitigate urea deposit formation if the tool is both accurate and fast enough to meet tight design schedules.

Urea deposits form over a long period of operation. Some deposits are not even visible for up to five minutes of operation time, and many experiments consider runs of more than one hour. Running CFD for one hour of simulated time is not currently feasible. However, we can get closer to a fully developed film prediction and steady formation rate of deposits with a few minutes of simulation time. Unfortunately, even simulating several minutes with traditional CFD approaches is unacceptably expensive in a production environment, perhaps taking many weeks. Of course, an overnight run would be best, but a valuable result would be worth a few days of wall-clock time. How do we speed things up? How do we ensure that our result will be a valuable one? CONVERGE offers two key answers to those questions.

A urea-water solution (UWS), also called Diesel Exhaust Fluid (DEF), is injected upstream of the SCR catalyst as a feedstock for the ammonia needed to reduce NOx. At exhaust gas temperatures, after the solvent water evaporates, the urea thermally decomposes into ammonia (NH3) and isocyanic acid (HNCO), as seen on the left side of Figure 1. The HNCO then hydrolyzes into ammonia and water, either before the SCR or inside of it. The most common method of modeling urea decomposition is to treat the urea, after the evaporation of water, as a molten solid that decomposes into gaseous ammonia and HNCO1. This decomposition happens in both droplets and films.

Unfortunately, urea films at temperatures from 130°C to 165°C can form crystalline deposits that require very high temperatures to remove. Deposit removal is accomplished through decomposition, as shown in the right side of Figure 1. Biuret is formed first, which then converts into CYA and ammelide. These latter species require temperatures as high as 360°C to decompose.

Traditionally, deposit formation has not been simulated directly due to long simulation times and the lack of accurate deposit kinetics that we mentioned earlier. Many aftertreatment system modelers use a CFD approach that focuses on assessing the risk of urea deposit formation based on film temperatures and other local film conditions. Urea deposit risk models are highly empirical, requiring extensive tuning of key urea film parameters such as temperature, shear, etc. The payoff: after investing significant time in tuning the parameters, users can predict which walls are at risk for deposit formation. There is no information provided on the growth rate, shape, or composition of the deposit, or on other key parameters designers need to know. At Convergent Science, we invested in integrating an accurate detailed decomposition mechanism for urea into CONVERGE, then worked to accelerate simulation speeds to make direct prediction of urea deposits possible at reasonable runtimes.

CONVERGE’s detailed decomposition mechanism for urea was originally developed by our partners at IFP Energies nouvelles. Prior validation work by IFPEN has shown the urea mechanism to be accurate in several fundamental validation cases (e.g., heated decomposition, or single drop and spray ammonia conversion2).

CONVERGE’s detailed urea decomposition model has been used successfully to determine where deposits will form on a commercial validation case for a medium-duty diesel engine with Isuzu-Americas, shown in Figure 23. Isuzu had a wide range of experimental data on deposits, and CONVERGE was used to determine which of the cases formed deposits of the crystalline species biuret, ammelide, and CYA. Isuzu was able to determine the composition of the deposits, with the ratio of CYA to ammelide being an important parameter. These experimental results for ratio of CYA to ammelide in the deposit are well predicted by the CONVERGE detailed decomposition simulation for the location of the sample.

Now that we have a fully-coupled modeling capability with accurate deposit chemistry, spray-wall interactions, and conjugate heat transfer for accurate metal and film temperatures, it’s time to speed things up to address the long runtimes needed in deposit simulations.

We can harness our understanding of typical urea/SCR systems to optimize our solution strategy and provide a dramatic simulation speedup. The DEF injection duration is relatively short compared to the pulse frequency, and the spray momentum flux is very small compared to the gas momentum flux. Therefore, the gas flow is relatively consistent in between the spray pulses. CONVERGE has implemented what we call a fixed flow solver approach to take advantage of this quasi-steady-state behavior. This technique exploits the disparity in time scales, solving the full spray and Navier-Stokes equations only during the spray pulse. The flow state is then fixed for the interval between sprays. Simulations for urea/SCR applications are sped up many times with fixed flow, achieving up to 30 seconds per day on a typical commercial aftertreatment system (e.g., approximately 2 million cells on 96 processors).

Such an achievement in speedup must be properly validated to determine the effects on accuracy. The most common validation case to demonstrate accuracy in urea spray, splash, film heat transfer and evaporation, and metal temperature prediction is the Birkhold filming spray-wall validation case4. This case has a pulsed urea/water spray impinging on a thin flat metal plate, with hot air flowing above and below the plate. A thermocouple is located at the leading edge of the film pool. Successful validation of this case requires prediction of the initial slope of the temperature drop during dry cooling, capturing the temperature when films begin to form with a rapid temperature drop, and the final temperature as the film becomes fully developed. The CONVERGE fixed flow results for the Birkhold filming case are shown on the left side of Figure 3, and we see good agreement on all three key behaviors5. Note that achieving this accuracy requires some initial tuning of the Kuhnke splash model constant. However, once tuned, the same model constants produced accurate results for the Birkhold non-filming cases.

Putting it Together: Speed and Accurate Deposit Chemistry

A recent validation of CONVERGE’s urea deposit prediction ability was conducted with some experimental data from Prof. Deutschmann at Karlsruhe University7. In this experiment, three different exhaust gas temperatures and DEF spray conditions were operated for many minutes (see Figure 4). The available experimental data in this study include the outer wall temperature of the exhaust pipe, the shape of the deposit, and the chemical composition of the deposit. Unfortunately, no information was available on the mass of the deposit formed.

The CONVERGE deposit simulations included fixed flow for speed and the accurate spray-wall interaction, conjugate heat transfer with super-cycling, and the decomposition of urea mechanism for accuracy of wall film temperature and deposit chemistry. The simulations predicted the outer wall temperature quite well, including the location and shape of the wall film (see Figure 5). The predictions of the crystalline deposit species also matched quite nicely with the experiment. CONVERGE achieved 30 seconds of simulation time per day for this nearly 2 million-cell model when coupled with the fixed flow approach.

The next step in urea deposit predictions is to achieve deposit growth estimates based on accurate deposit species growth rates in a fully-developed urea film. The growth rates of species such as biuret, ammelide, and CYA must be calculated at their exact location, allowing prediction of the shape, size, and weight of the deposit. This deposit growth projection capability must predict the mass, location, and speciation of deposits over many minutes or hours in duration. Many commercial customers are now using CONVERGE to conduct urea deposit predictions and for comparison to their experimental data.

It is important that the urea decomposition model be fully coupled with the spray, film, gas, and metal models to obtain the accurate film conditions that are required to correctly predict the chemical kinetics. The main drawback of this full coupling had been the computational cost associated with the film kinetic calculation.

CONVERGE’s detailed decomposition model is now delivering the same simulation speed as the lower-fidelity molten-solid model and urea deposit risk approach. The detailed decomposition model is a direct and fully coupled calculation of the deposit species of interest (i.e., CYA, ammelide, and biuret). Therefore, it is a more fundamental approach, requiring little or no tuning for accurate predictions of urea deposits. The urea deposit risk model was once the state of the art, and it delivered value to design engineers, but we now have something better that is just as fast. Why just assess risk when you can know when, where, and what kind of deposits are formed?